Year 6 Go Back in Time to The Victorian Era! 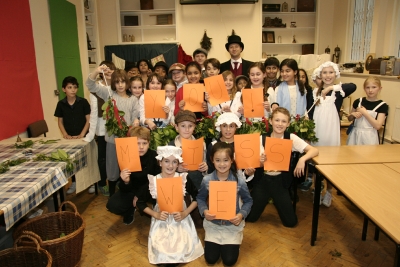 On Thursday 19th November, Year 6 donned their top hats and long skirts and time-travelled back to the Victorian era to explore more about how rich and poor Victorians would have celebrated Christmas. We spent some time in the poor Victorian’s cottage learning about the presents he would have given his family and the decorations they would have made to adorn the cottage at Christmas. 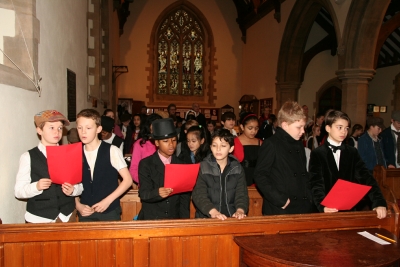 We also spent some time learning about clothes, toys and games that rich Victorians would have enjoyed at Christmas time. We learnt some fascinating facts such as: the first Christmas card and cracker were both invented in this era, and how the Christmas trees had real candles so two men had to stand guard all the time.

In the afternoon, we had a tour around Hughenden Manor and learnt more about Benjamin Disraeli. We saw some paintings that had been given to him from Queen Victoria herself and also saw the chair that she would have sat in at dinner with him – in fact, the legs that been sawn off so that her feet could touch the ground!

We had a fantastic day and everyone came home full of new learning about this period of history which will, no doubt, be raised in our Project lessons in weeks to come. Miss Maund and Mr Byrne took some photos which are available in the gallery here!